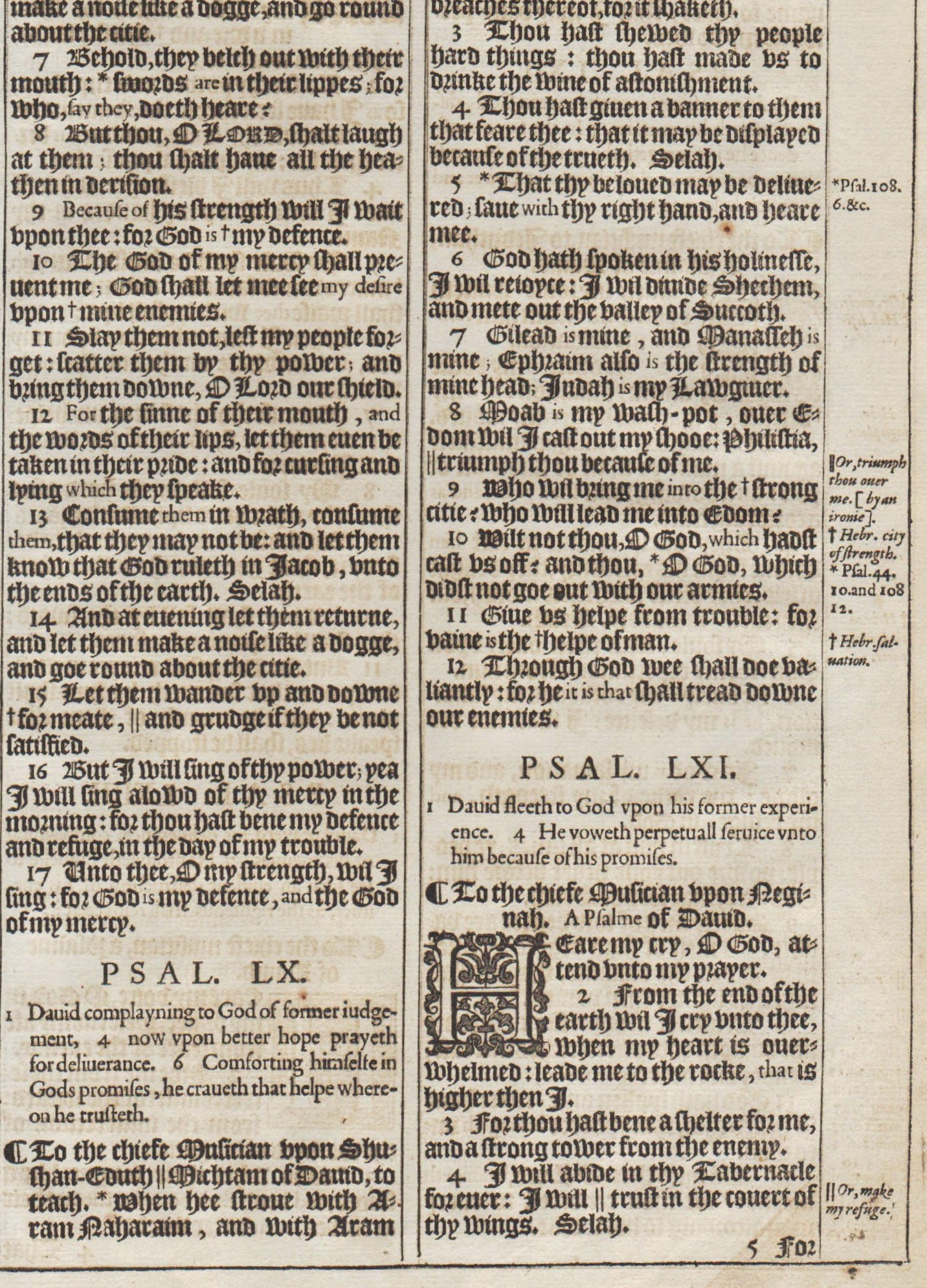 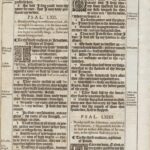 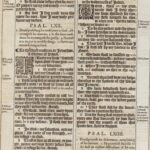 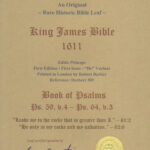 PSALMS 59:4-64:3. “The Rocke that is greater than I.” (61:2). FIRST EDITION. FIRST ISSUE. Known as The Great “HE” Bible, the first and rarest edition of the King James Bible. That this leaf is a true “He” variant is proved by the exact woodcuts and the exact wording that matches exactly those found in all “He” variant bibles and their printed facsimiles (see pics).  As to provenance, there are in the inner margin of the leaf, in pencil, the authenticating signatures of two scholars ([Dr] John R Hellstern and [Dr] Donald L Brake, [Sr]) who wrote a book on the King James Bible. And of course the signed COA of Historic Bibles, LLC is also included. (See the notes below on the census distribution and distinction between the “He” and “She” variants of the 1611 edition).

Typically, 1611 “He” variants with good provenance sell for 3x-5x the “She” variants. In the rarified air of super-premium “He” variants, most of which are held in museums, universities, or seminaries, the old adage is apt: buyer beware! This leaf, as with all other Items on this site, is guaranteed to be genuine as described.

Notes on the 1611 edition with “He” and “She” variants: The year 1611 produced two variant folio editions, distinguished by scholars as the earlier and rarer “He” variant and the later corrected “She” variant. The “He” variant was entirely printed and published in 1611, while the “She” variant was partly printed in 1611 as mistakes were noticed and published throughout the years 1611-1613. There are more than 400 differences between the two variants, mostly in spelling, spacing, and initial woodcuts, though some mistakes were corrected (as in Ruth 3:15 where it mistakenly says that “he went into the citie” whereas it should read “she went into the citie” — thus the entire first issue is called the “He” variant, versus the corrected “She” variant). Recent census (2011) of original 1611 KJV editions worldwide show about 175 “He” Bibles [and 450 “She” Bibles] are extant. All “He” variants display 1611 title pages, while “She” title pages are either 1611 or 1613. These early variants are all 59 lines per column. In 1613, however, a unique folio edition of 72 lines per column was also published. All subsequent folio editions (1617, 1634, 1639/40) are 59 lines per column and are interchangeable among themselves. To complicate matters further, publishers of the earliest editions continuously “corrected” them in spelling or woodcuts (the language was still in flux, and woodcuts quickly wore out), leading to so-called “reprints” among many leaves in all of the “She” variants. Some experts disagree whether the 1611 “He” and the “She” variants should count as a single edition with two variants, or as two distinct editions. Reference: Herbert 319. See David Norton’s “A Textual History of the King James Bible” (Cambridge, 2005) and Francis Fry’s masterful work on the various editions, issues, reprints, and woodcuts among the 5 editions (Orig. “A Description of the Great Bible . . .” London, 1865; reprinted by Vance Publications 2001). All 59-line folio leaves (1611 He, 1611 She, 1617, 1634, 1639/1640) are interchangeable and “look” very similar, so buyer beware. Nonetheless, with the tools specified above and the tenacity of a researcher, each leaf can be determined with certainty.