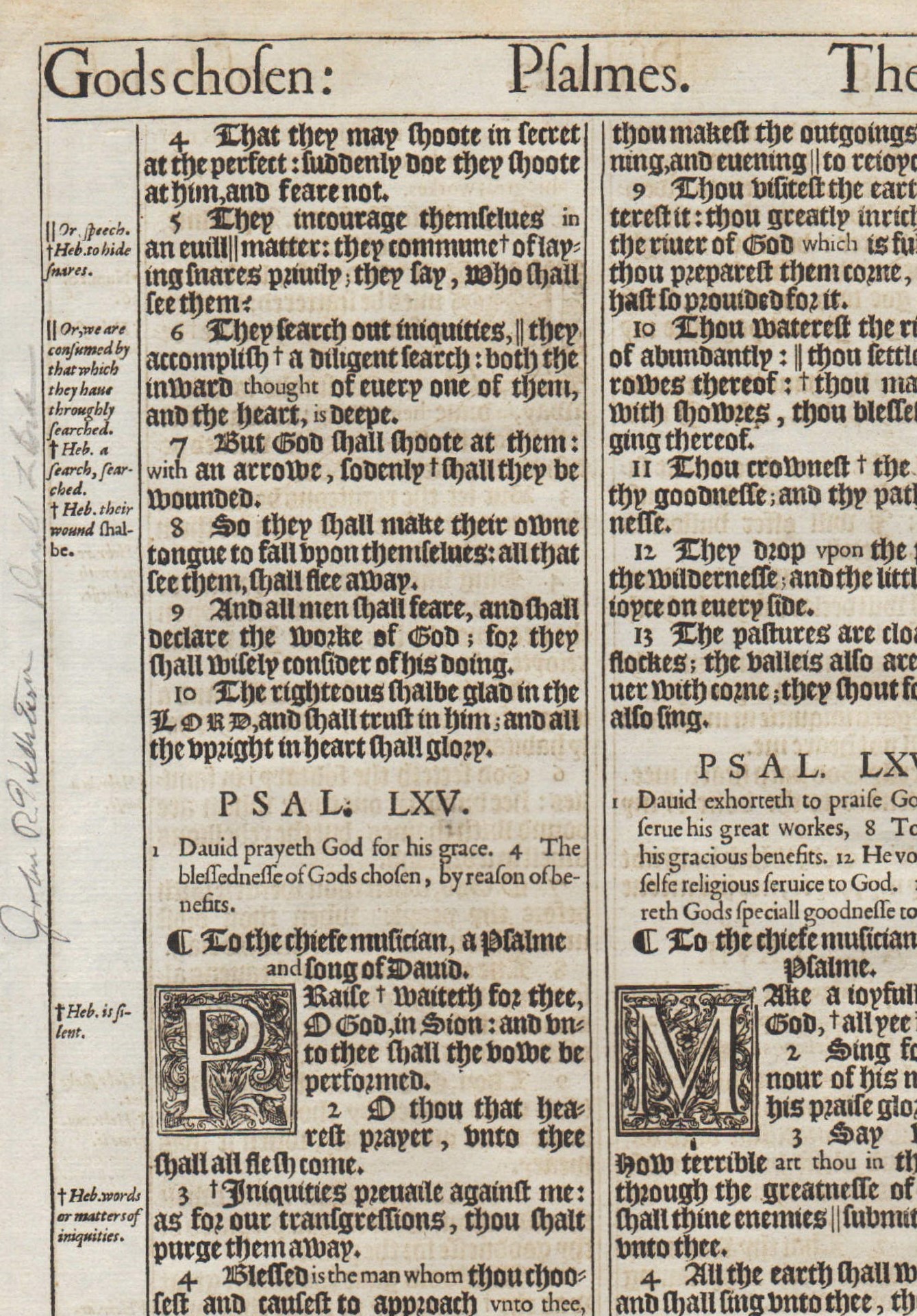 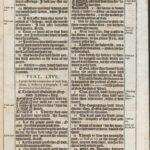 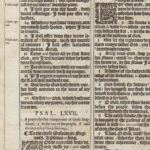 “A Prayer for Mercy”

PSALMS 64:4-68:16. “God be mercifull to us and bless us.” (67:1; see Num 6:24-26). FIRST EDITION. FIRST ISSUE. Known as The Great “HE” Bible, the first and rarest edition of the King James Bible. That this leaf is a true “He” variant is proved by the exact woodcuts and the exact wording that matches exactly those found in all “He” variant bibles and their printed facsimiles (see pics). As to provenance, there are in the inner margin, in pencil, the authenticating signatures of two scholars ([Dr] John R Hellstern and [Dr] Donald L Brake, [Sr]) who wrote a book on the King James Bible. And of course the signed COA of Historic Bibles, LLC is included. (See the notes below on the census distribution and distinction between the “He” and “She” variants of the 1611 edition).

Typically, with good provenance, 1611 “He” variants sell for 3x-5x the “She” variants. In the rarified air of super-premium “He” variants, the old adage is apt: buyer beware! This leaf, as with all other Items on this site, is guaranteed to be genuine as described.